November 23rd is St Clement’s Day when we remember the patron saint of blacksmiths and take a moment to celebrate our ancient craft. We performed the traditional ceremony of ‘Firing the Anvil’ to mark the occasion at the forge this year. Here Nigel explains what this is all about, and talks about ‘Old Clem’, and the folklore behind our trade. 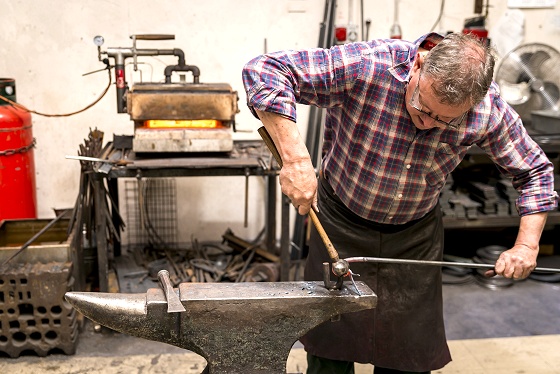 Na then! Blacksmithing is a fine trade and ‘Old Clem’ has been its champion for years. 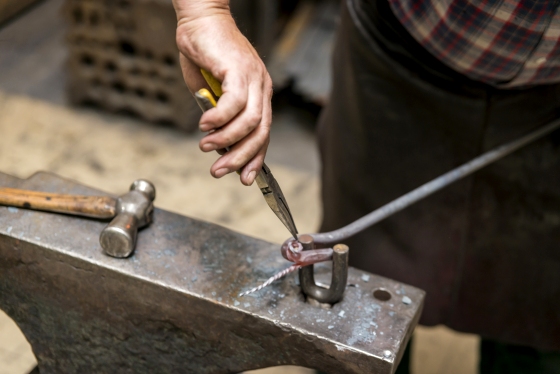 St Clement was one of the first saints of the early Christian church and ‘St Clement’s church in Westminster, London, is the iconic church of ‘Oranges and Lemons’ fame.

He became the patron saint of blacksmiths because he was drowned with an anchor made by a blacksmith. A bit of gruesome start to his relationship with the trade. His symbol is the wrought iron anchor to this day. 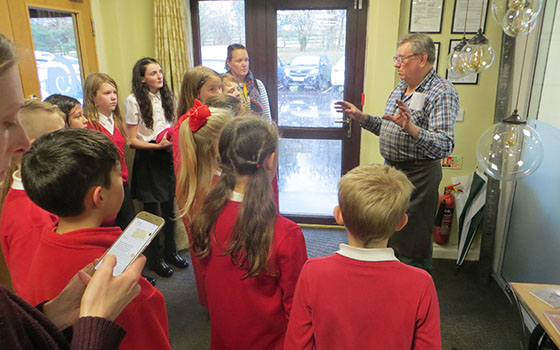 Old English legend has it that ‘Old Clem’ stood beside the Blacksmith when King Alfred was assessing which trade was the best. Alfred crowned blacksmithing the ‘King of Trades’ passing over the Tailor, Baker, Shoemaker, Carpenter, Butcher and Mason for the title. The Blacksmith secured his honour because none of the others could pursue their craft without a tool made in the Blacksmith’s forge! The others were none too pleased about this, of course, but had to concede it to be true when their shears, knives, pans and chisels needed replacement or repair.

“By hammer and hand all arts do stand!” 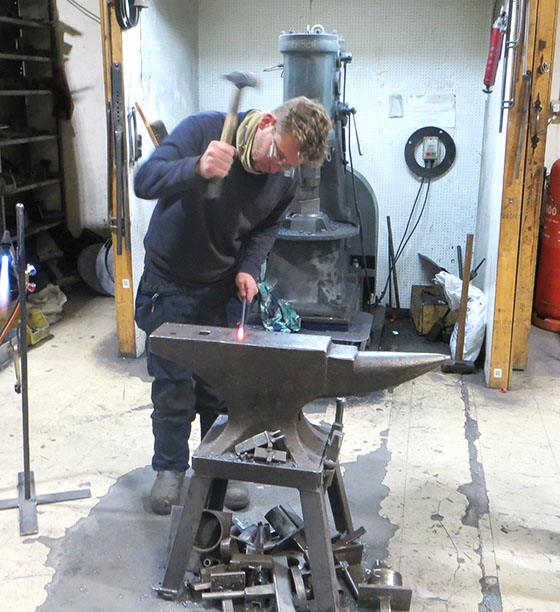 Now we like and respect all those other trades but can’t deny we are very proud to hold the title ‘King of Trades’ to this day!

This year we marked St Clements Day in the traditional manner at the forge – with the ‘firing of the anvil’.

This tradition dates back to medieval times when village blacksmiths used to pour a little gunpowder into the small ‘hardy hole’ on their anvils and ignite it. This created a bang for dramatic effect, and also to serve the useful purpose of annually testing the integrity of the anvil – if it survived the explosion, it proved it was still sound with no hidden cracks. After the firing of the anvil, custom had it the ‘smiths would then go house to house in the village asking for apples and ale. This was called ‘Clemmening’ – and, as years went by, it was a tradition taken up by children calling for treats on November 23rd.

St Clement’s Day celebrations like this have been most enthusiastically enjoyed for years by our fellow blacksmiths in the Sussex – but we are passionate about the metalworking craft here at Nigel Tyas Ironwork in Yorkshire so decided to give it a go this year.

The fact that blacksmithing has really changed so little in centuries, and that we still work on the anvil every day, is worth celebrating I think. 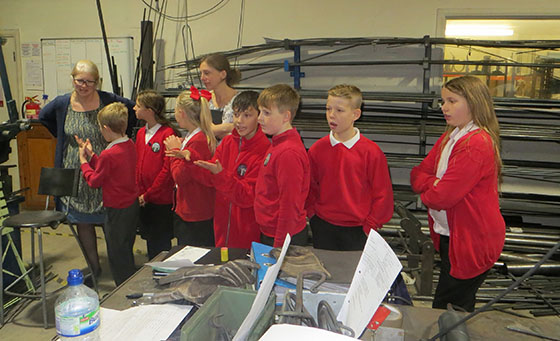 We invited some special guests along to witness our own ‘Firing of the Anvil’ - the Mayor of Barnsley Councillor Jeff Ennis and a group of children from Millhouse Primary School, which is just down the lane from the forge.

We wanted the children in particular to see that we are still making things by hand using many traditional techniques and tools right here in their village. It’s a celebration of Yorkshire manufacturing. 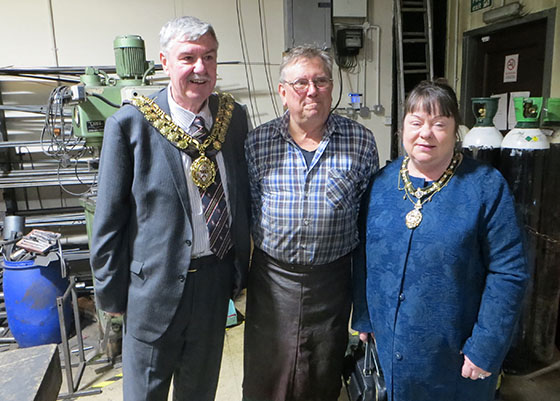 I started my career as a blacksmithing apprentice with the National Coal Board at Elsecar workshops in the 1970s and then worked for several industrial engineering companies in South Yorkshire before setting up Nigel Tyas Ironwork with Elizabeth in 2000. The business is built on our commitment to keeping traditional ironworking skills alive in the UK. We’d love to think we were talking to possibly the next generation of blacksmiths.

So, here are some images from our St Clement’s Day celebrations – thanks to all the team at Nigel Tyas, including our own blacksmiths Andrew, Simon and Dan, for working with me help the ‘firing of the anvil’ go with a bang.

Here is St Clem’s song of the ‘Jolly Blacksmith’ first sung to celebrate our naming as the ‘King of Trades’: 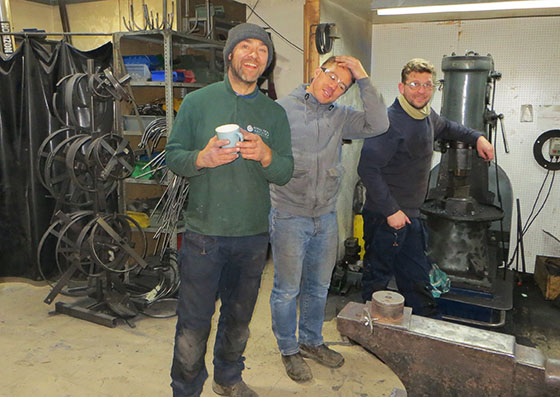